Welcome to our pages...... The Harsh realities of farming on native land, shattered dreams at Old Gloucester farms in 2016, the scream of fire that nobody heard or noticed for weeks in Betock Village, now's not the time for mixing words………….. the national media's failure to cover Indigenous communities and farmers makes them complicit in the human rights abuses and environmental crimes they fail to report on. After all, if no one tells us that a community is being displaced or that a rainforest is about to be razed to the ground, we can never know that it's happening. And if we don't know that it's happening, we can never do something about it. We are being denied that critical knowledge. Indigenous communities and farmers depend on us to make sure that everyone knows what's going on. We need all to make sure that we can.

Historically there has been a 'them and us' - owning of a large farm in the village, you face huge problems to find efficient and honest managers, local villagers usually refuse to work as day-labourers for the you and most jobs are taken up by migrant workers. Some villagers and elites resented my present bringing development to the village and exposing their illegal activities, the some villagers, mostly youths don’t hesitate to harvest my crops for their own benefit, as a result my cocoa estate prove economically a battle. Stealing, illegal forest sales, illegal logging, drunkenness, and deceptions were the rule in the village. Spite, Jealousy, and Private interest by some villagers who have the believe that they have a legitimate right to sell indigenous land to non-indigenes/migrants who are attracted to the village by numerous farm job offers as well as by the fertile soils for private farms. http://betockvoices.page.tl/Massive-destruction-of-farms-by-fire.htm

The abuse of power, a lack of transparency, jealously, selfishness, and greediness secret land dealings, and bribery continue to ravage our villages and forests, and these examples illustrate why these major cancers are barriers to our social, economic, and human development in our villages in Cameroon. As Indigenous investors in Cameroon, we are still being affected by scandals of hate, intimidation, human rights abuses and environmental crimes in our villages. http://betockvoices.page.tl/So-blessed-yet-so-cursed.htm 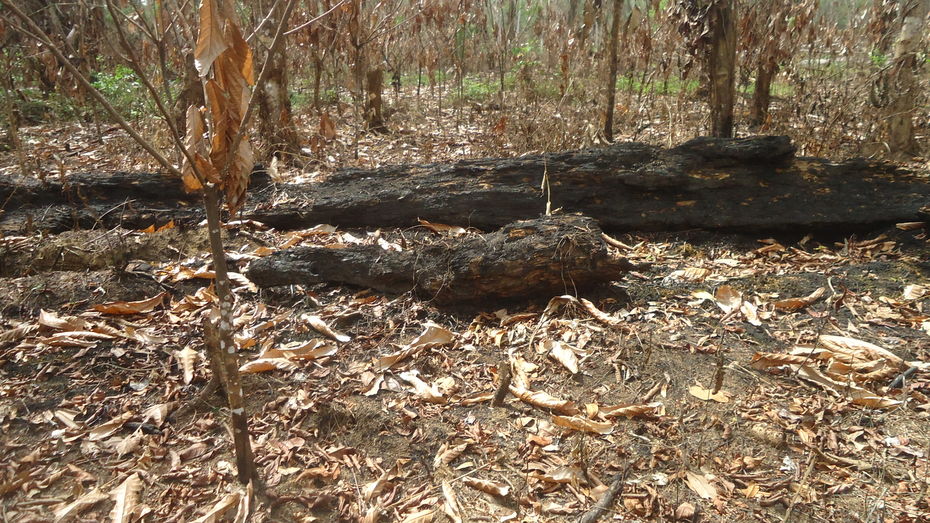 We have a personal and moral responsibility, as citizens of this Earth, is to hold the powerful foreign corporations and our local leadership accountable and no one is beyond critique. Why are we still worshiping greedy foreign companies in the villages as heroes or as God sent when they stealing from us? Illegal logging refers to what in forestry might be called timber theft by the timber mafia. Farmers and local communities can no longer be trapped between greedy foreign companies and poverty, we are rich in forest resources and land, which has been attracting the powerful foreign corporations for hundreds of years, this in turn has led to the land being occupied by outsiders whose first priority was to exploit as much of the wealth as possible, to be exported back to their own country. http://betockvoices.page.tl/The-Voice-of-the-Voiceless.htm

The palm oil industry is a recipe for environmental, social and long-term economic disaster.

Photo from Betock Village 24/04/2016 - Forest destruction by rampant slash and burn practice by ambitious a palm oil farmer, and he wants more of our ancestral forest for further palm oil expansion.

Please Note - we are not looking any financial support or would take it. We are only sharing our experience and information.

Man-made bushfire for palm planting  in Betock Village in Cameroon! That’s the reality on the ground. Photos of the root of the problem is the practice of forest clearance known as slash and burn, where land is set on fire as a cheaper way to clear it for palm planting. 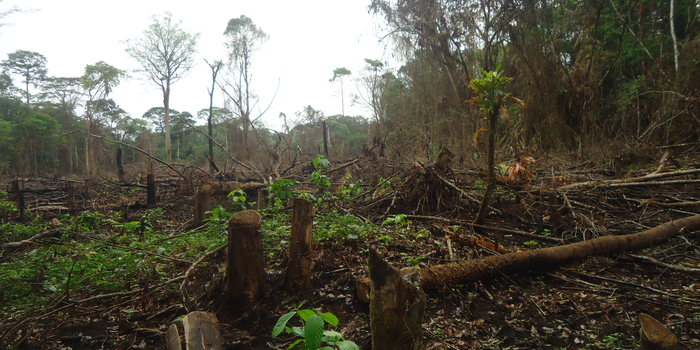 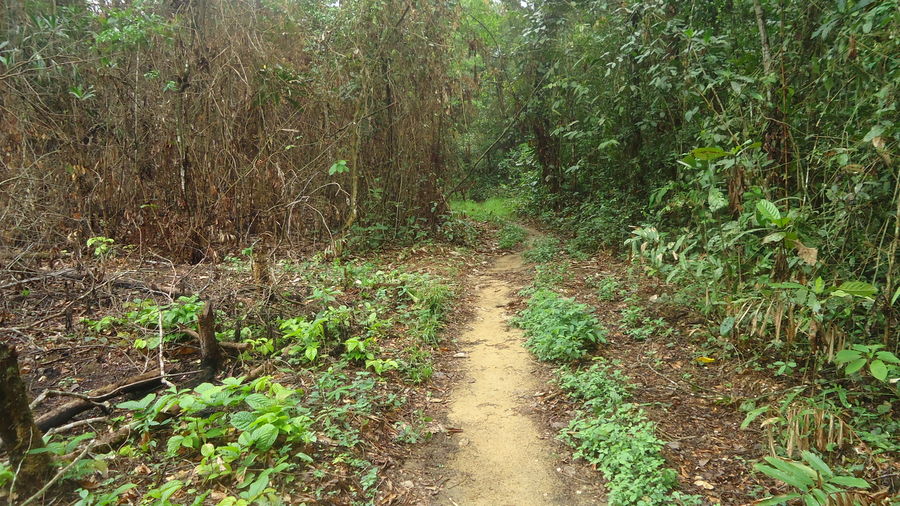 Palm oil has been the most profitable crop in recent years so much of the slash and burn is directed at clearing forest for palm plantations. The rampant slash and burn policy associated with the farming of palm oil is destroying large areas of this sub region. Believe us other crop farmers are danger losing their land by this policy. It’s all lip service stopping the palm oil industry’s destruction of our forests by others! The Agribusiness is buying from them right now without stopping them from using the slash and burn, and these illegal palm farmers want land titles as they get more ambitious, and want more of ancestral forests, and take away from and abuse indigenous farmers. They are powerful. They are also wiping out traditional farmers in our sub region of Cameroon.

Burn the lot in the name of palm oil planting

That road in Betock Village to many farms 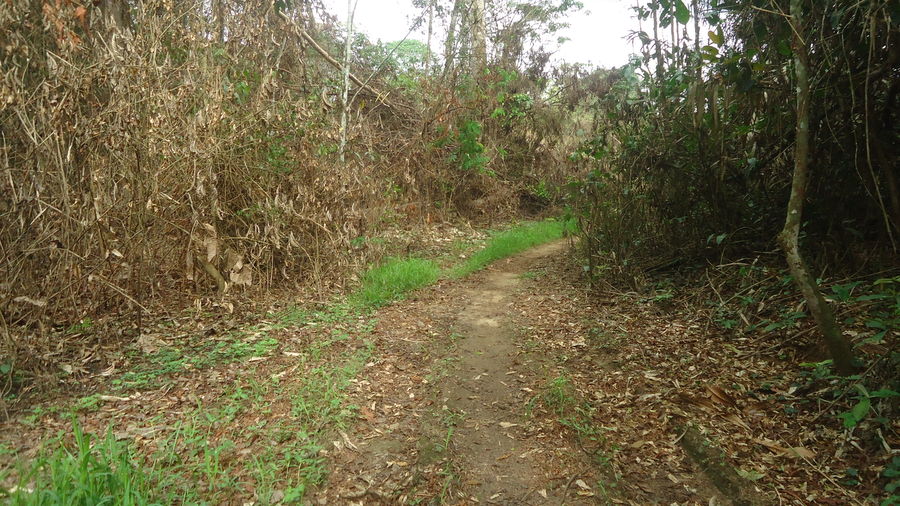 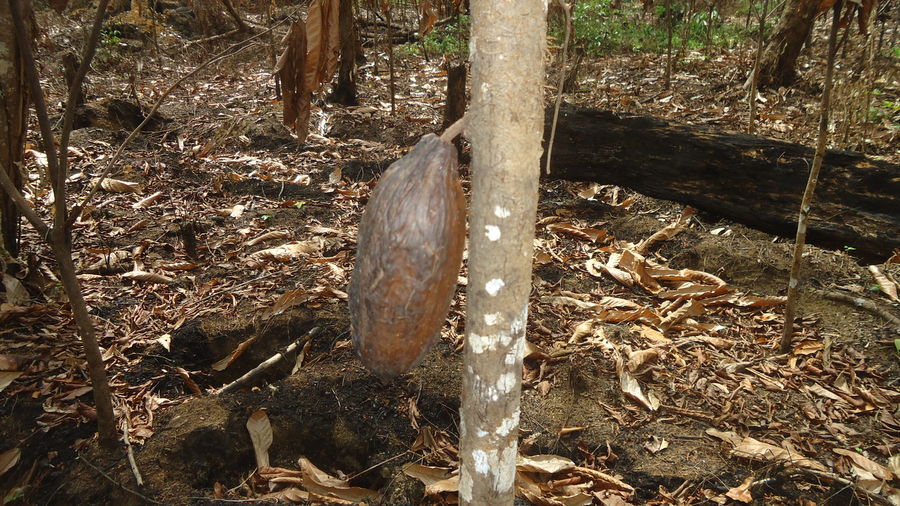 The cheapest method for strangers and immigrant workers is to grab land in our villages - clear the ancestral forest by cutting and burning it, a technique known as "slash and burn”. Our problem now is that the fire will get into the peat causing the fire to burn for months and the year is wasted.